Imagination, chance and cosmic consciousness: my Mandala.
A manually developed macro photograph of eye: after the traditional development, the film was exposed to solar radiation to submit the sensitive particles and the gelatinous surface to a second exposure, acting like an alchemic plastering process to grind the grain of the film into sand.
The exposure to a source of heat, generated new chromatic compositions spontaneously grouped together around the iris, giving life to visual cosmic explosions and disclosing the true mandalic nature of the eye. 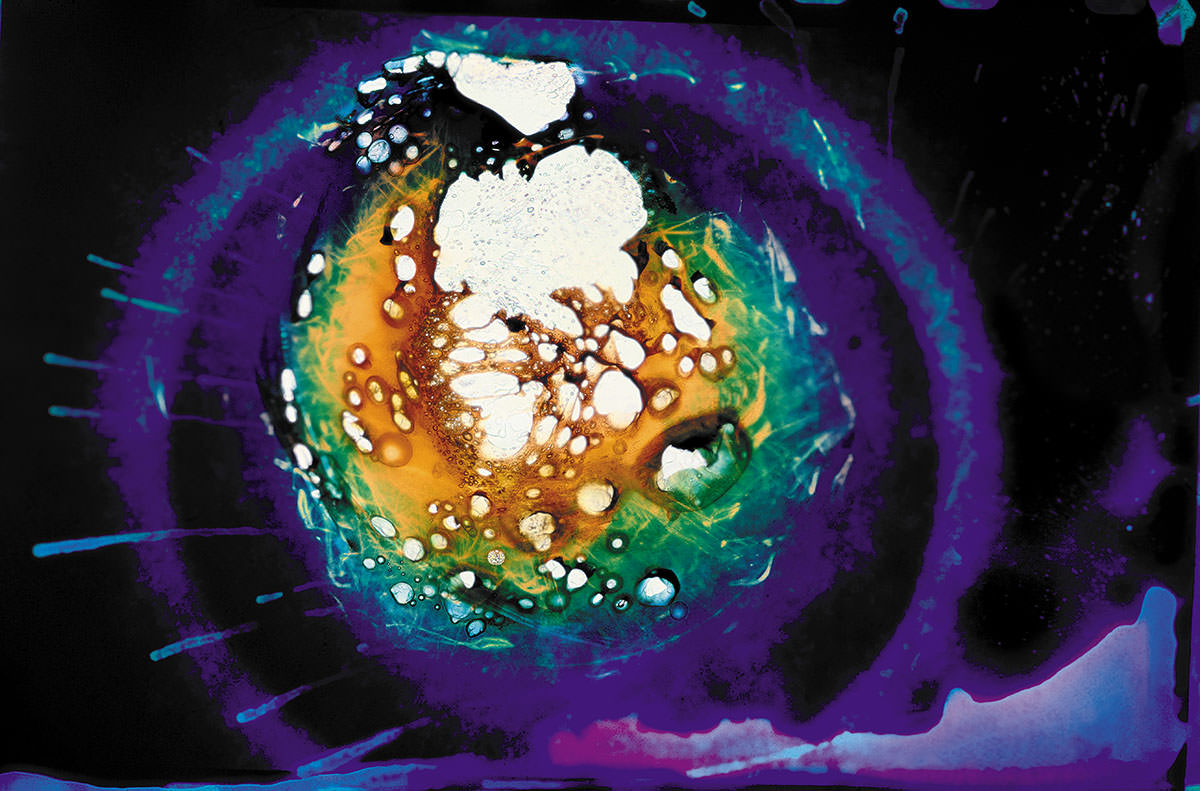 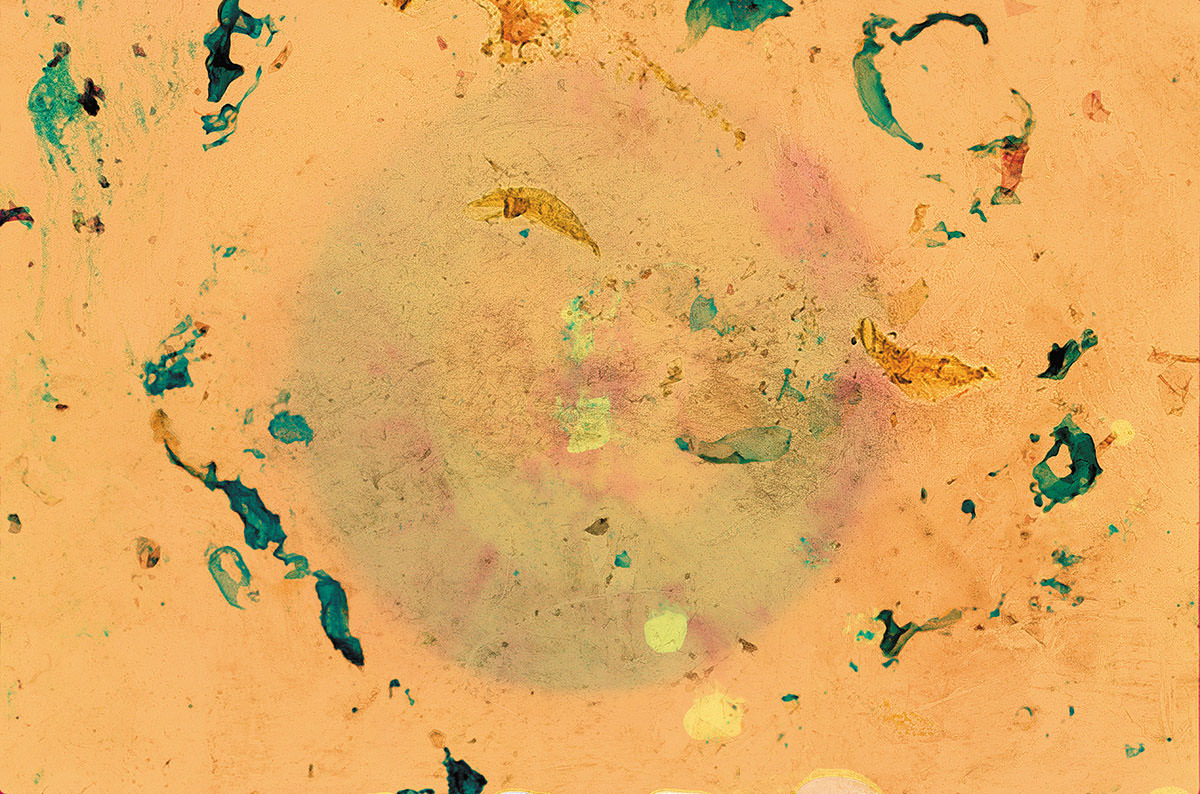 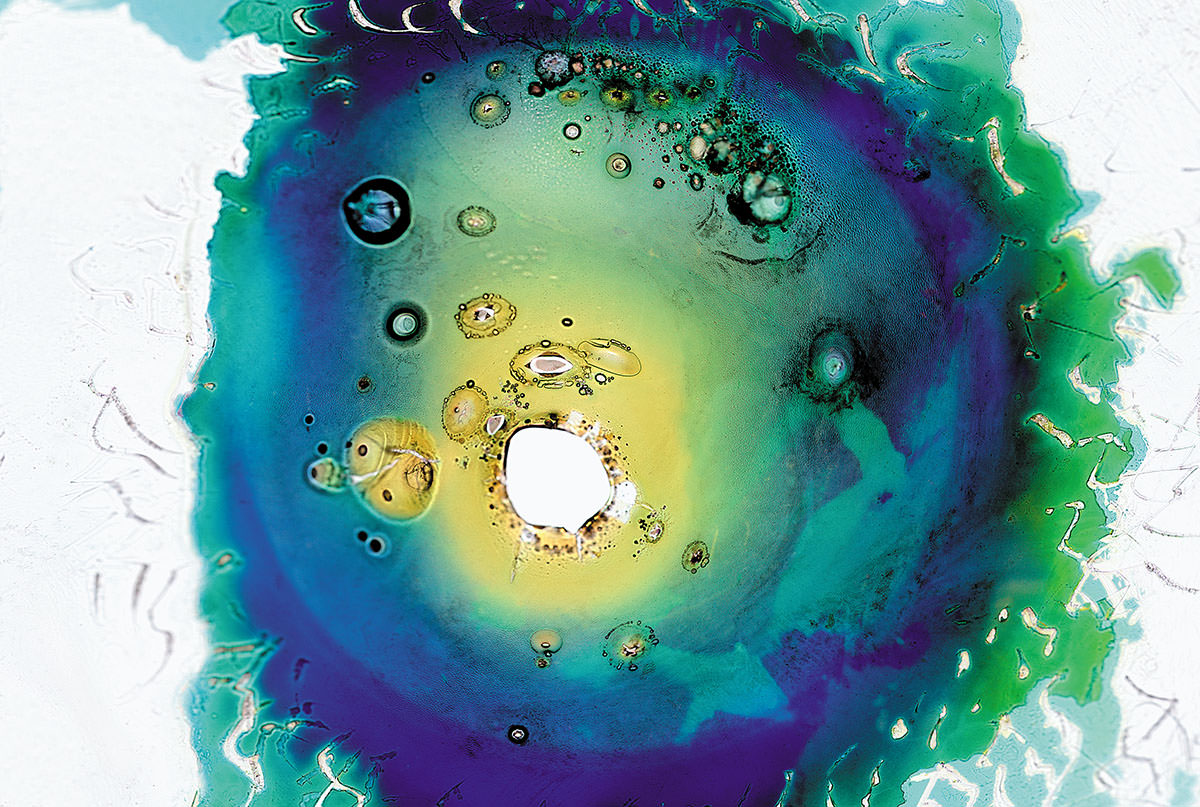 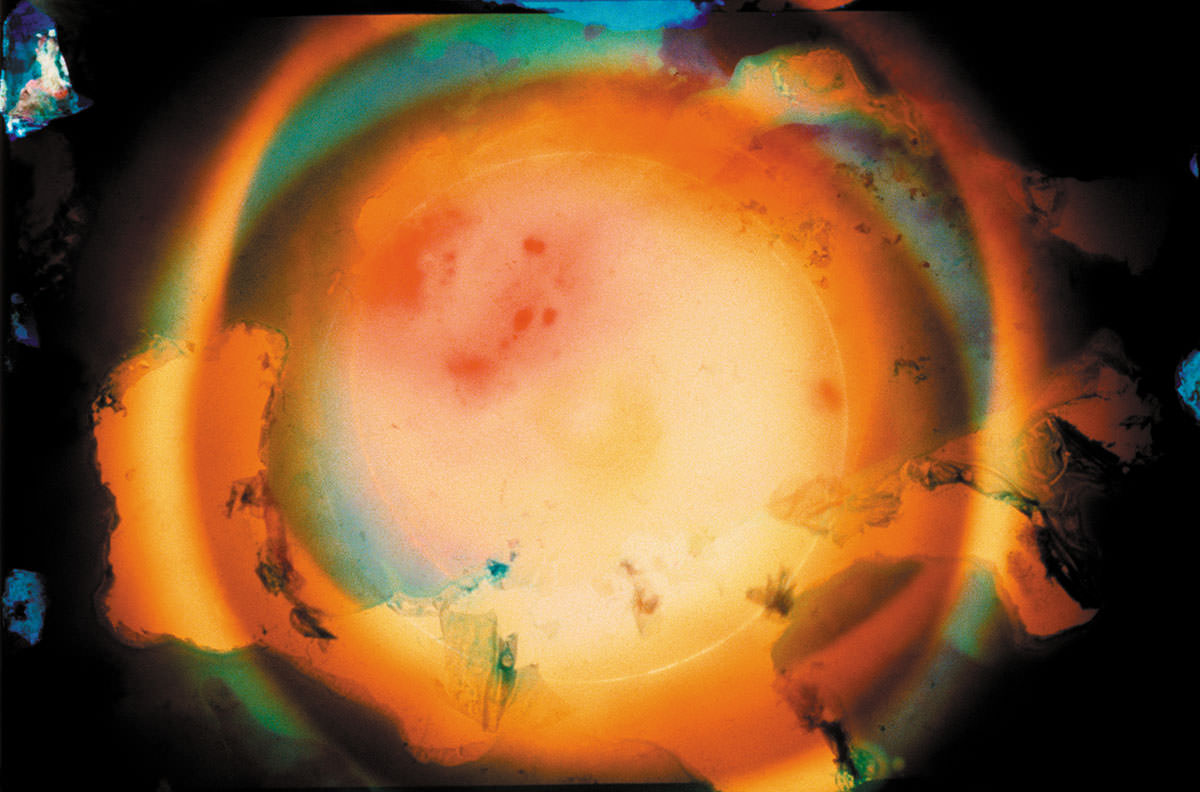 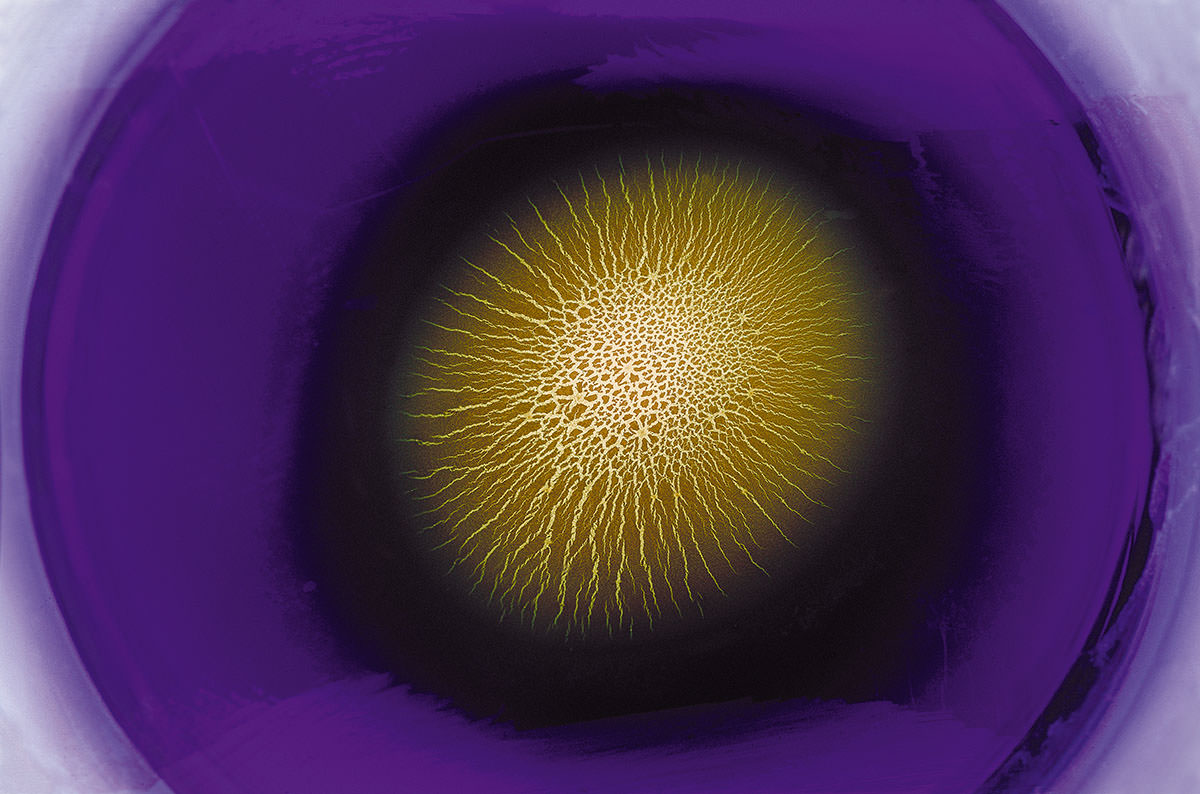 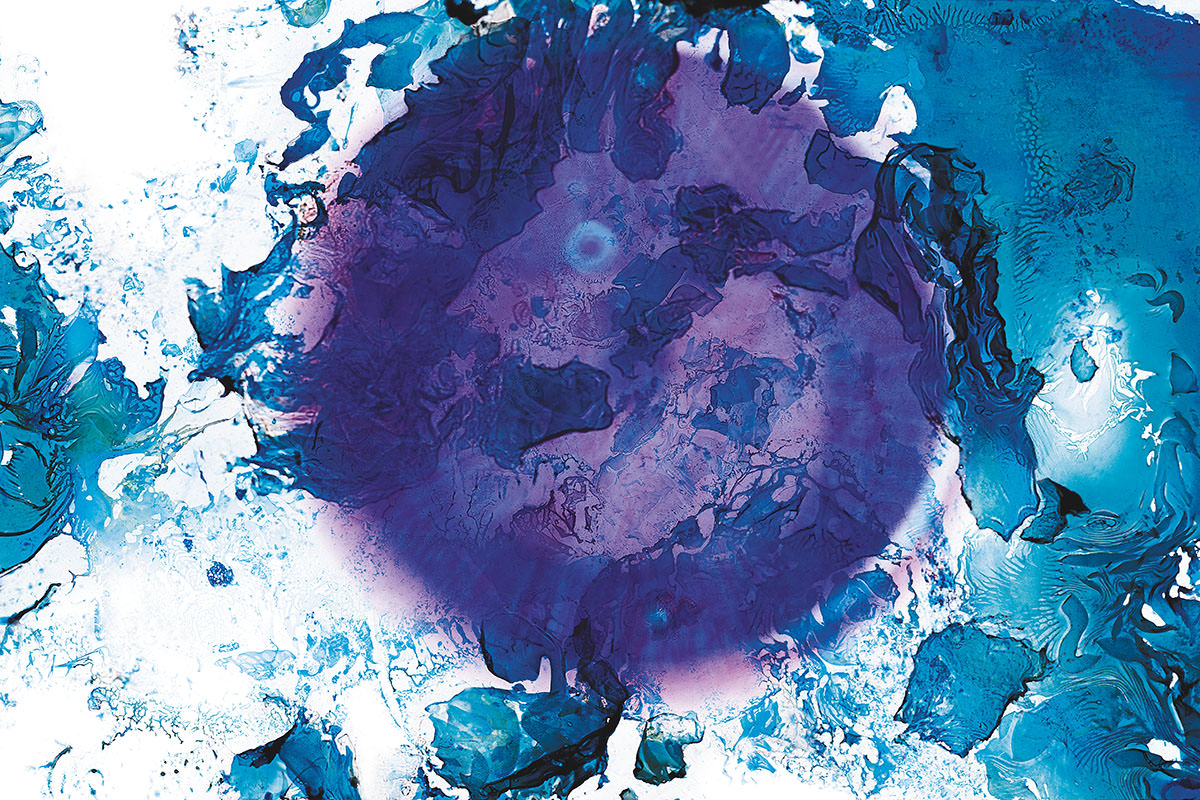 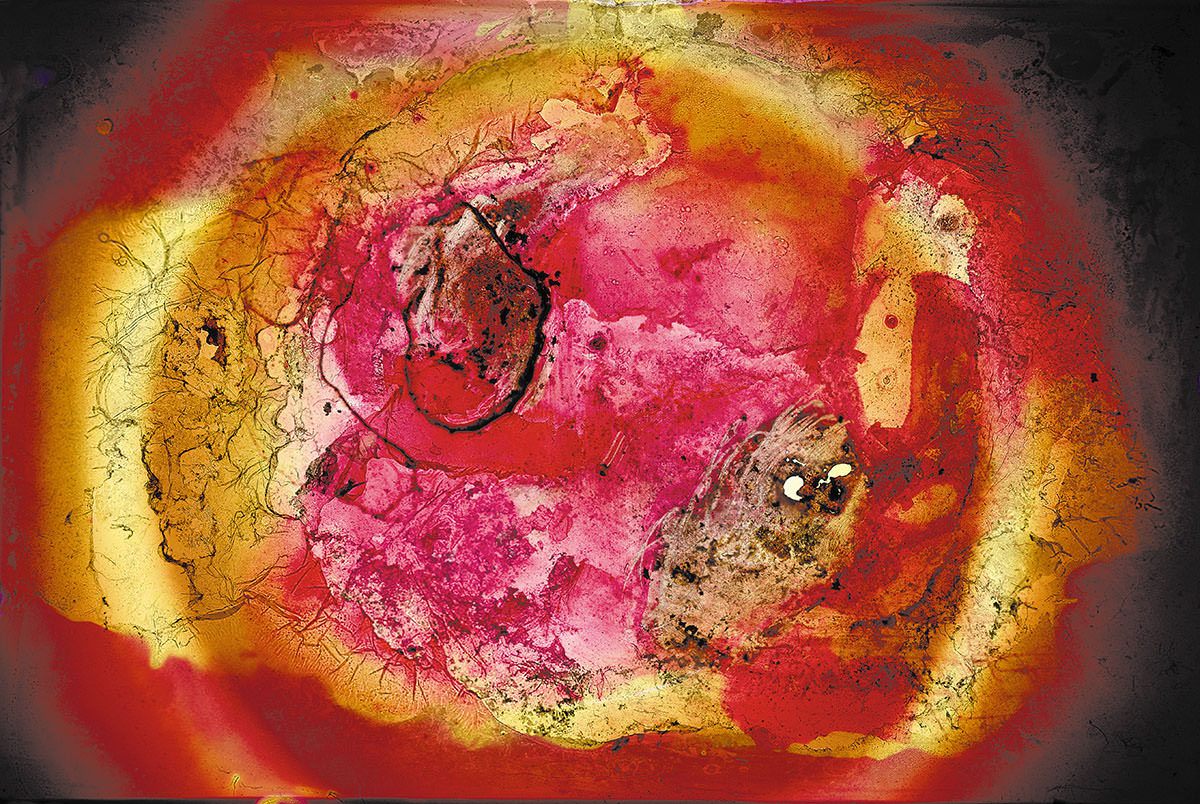 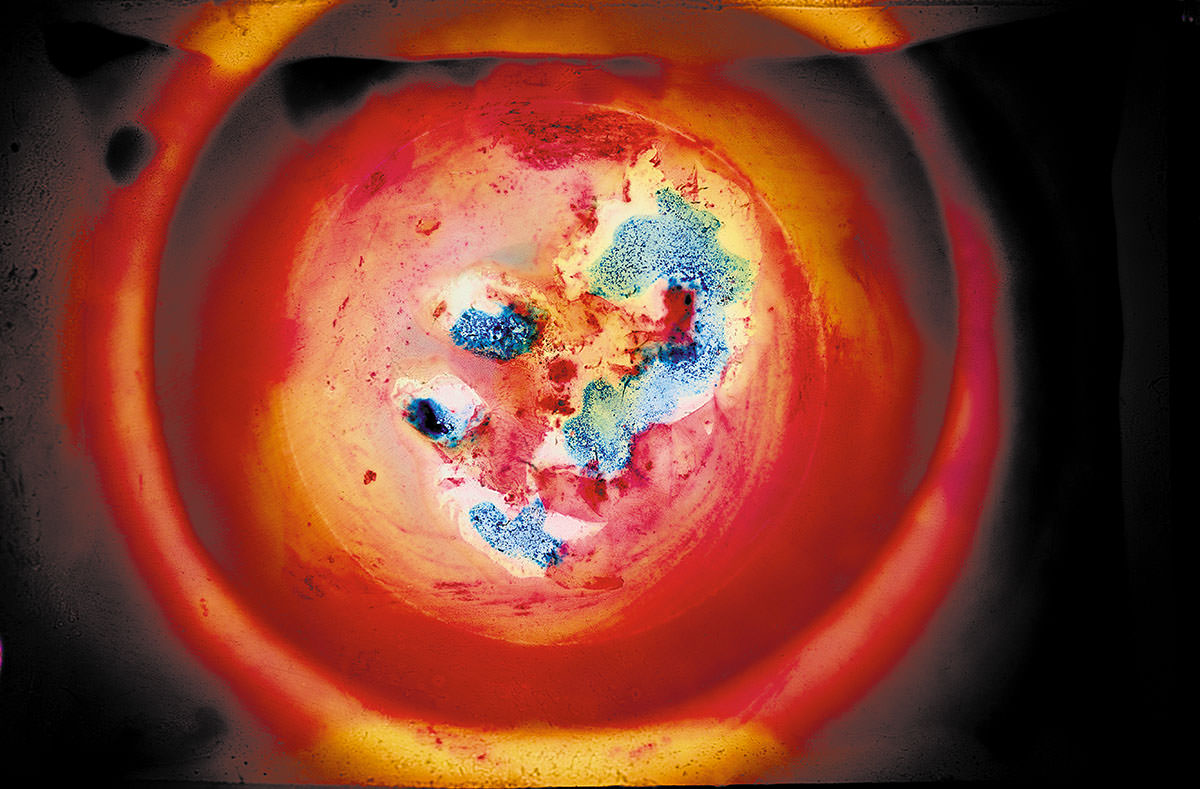 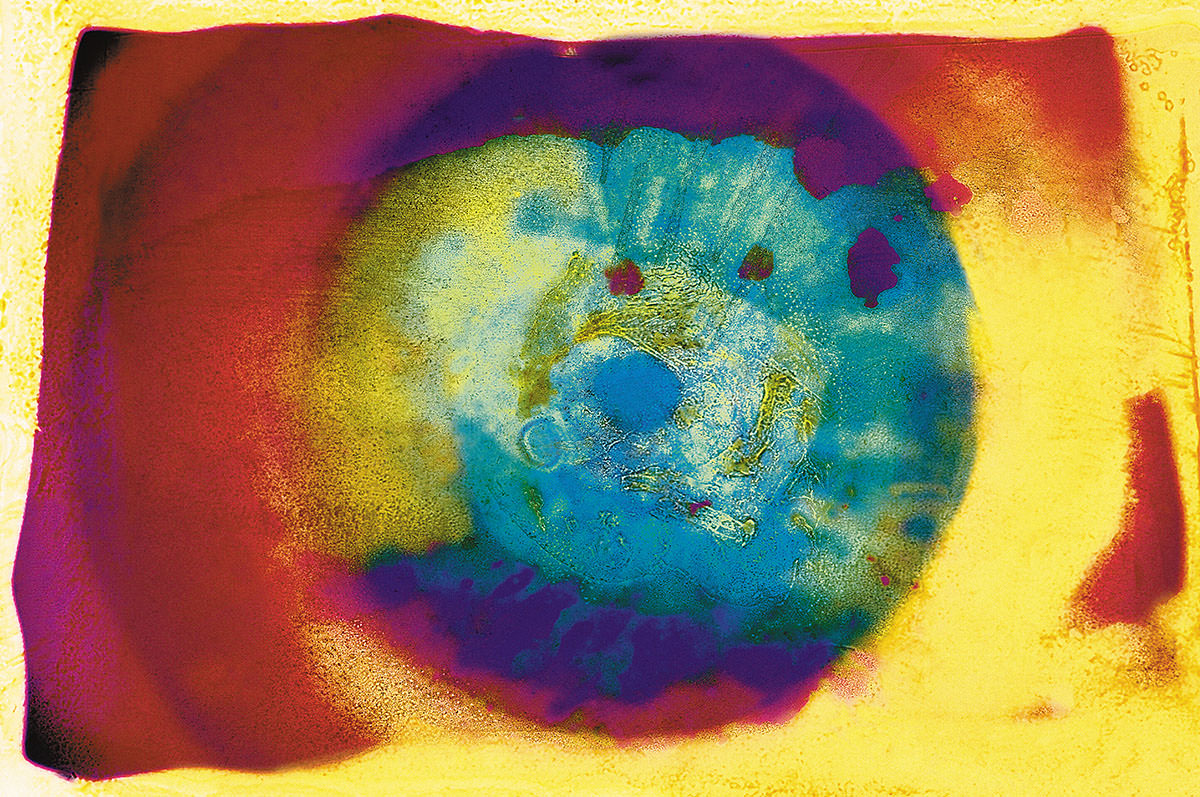 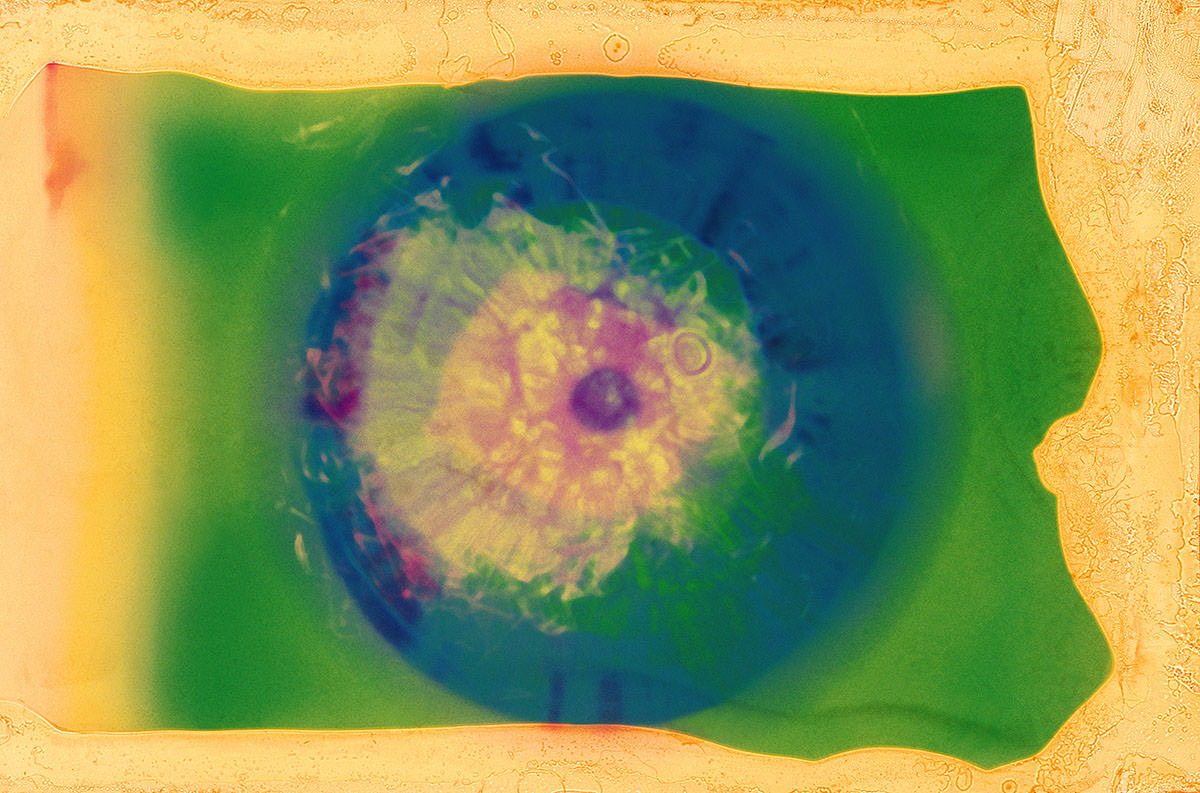 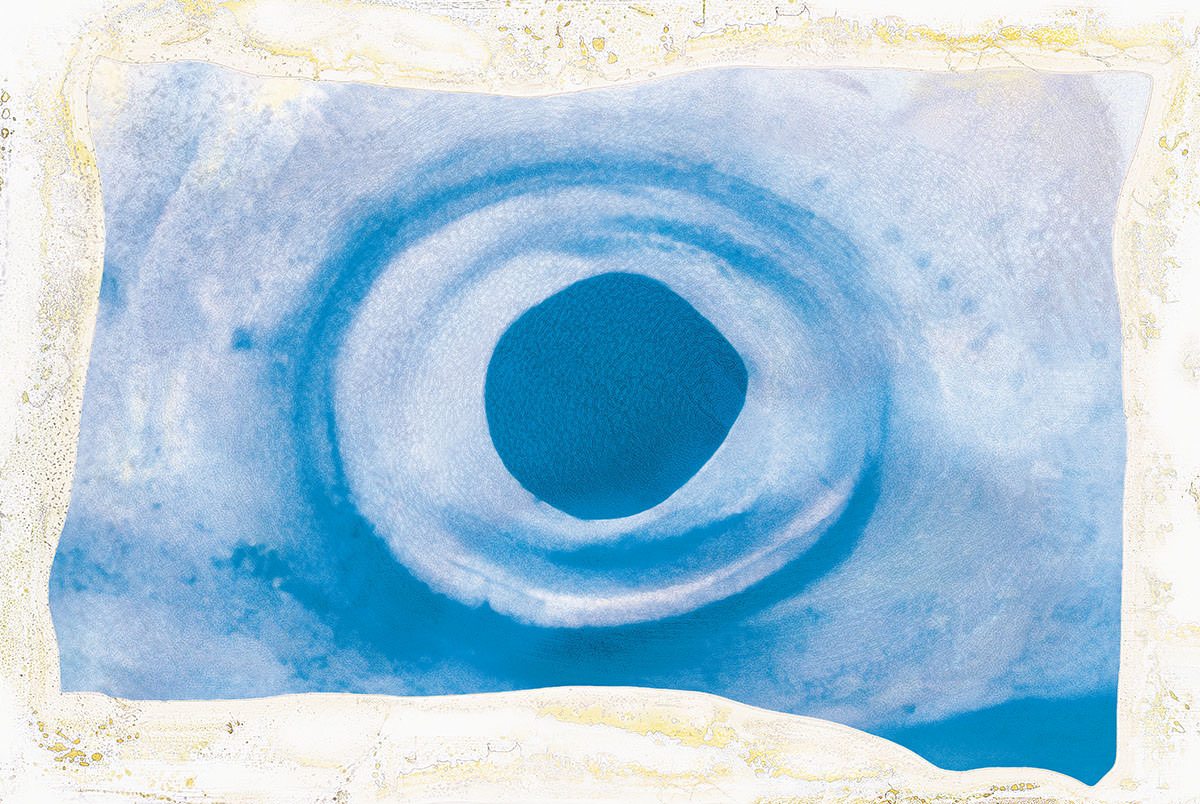 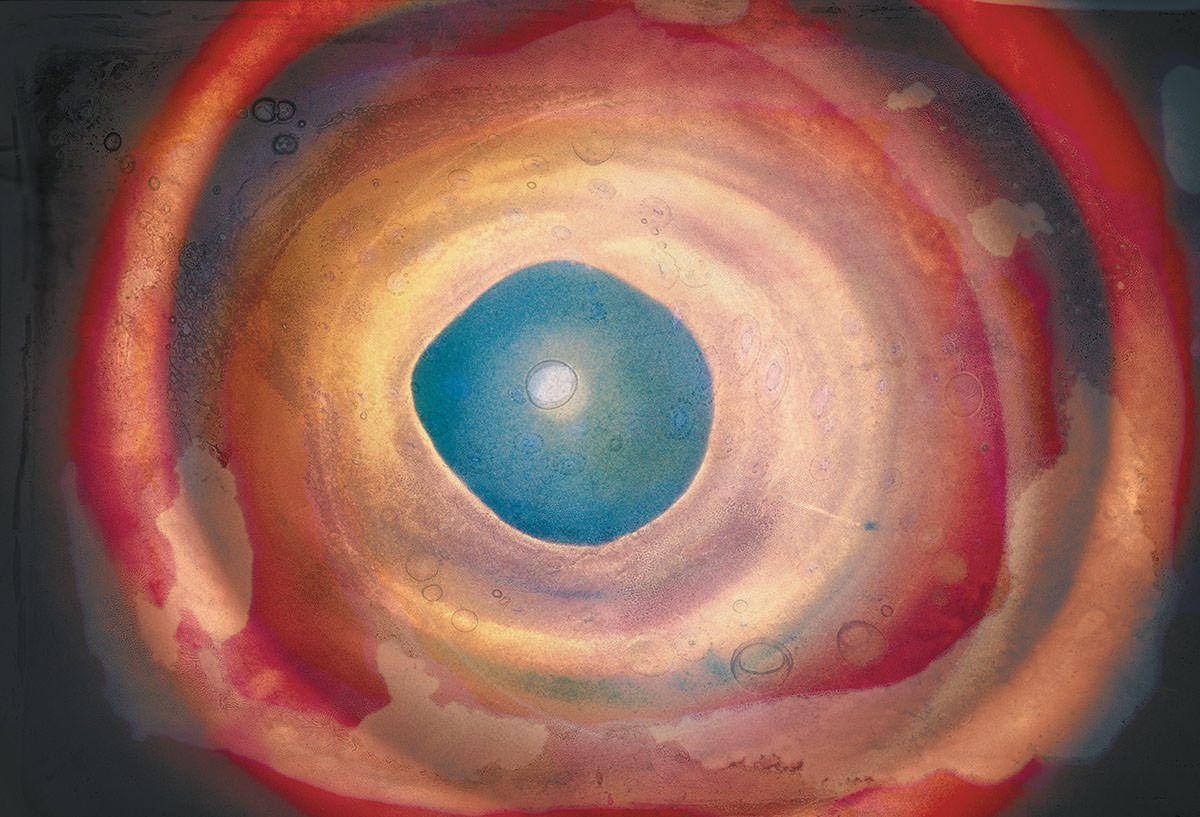 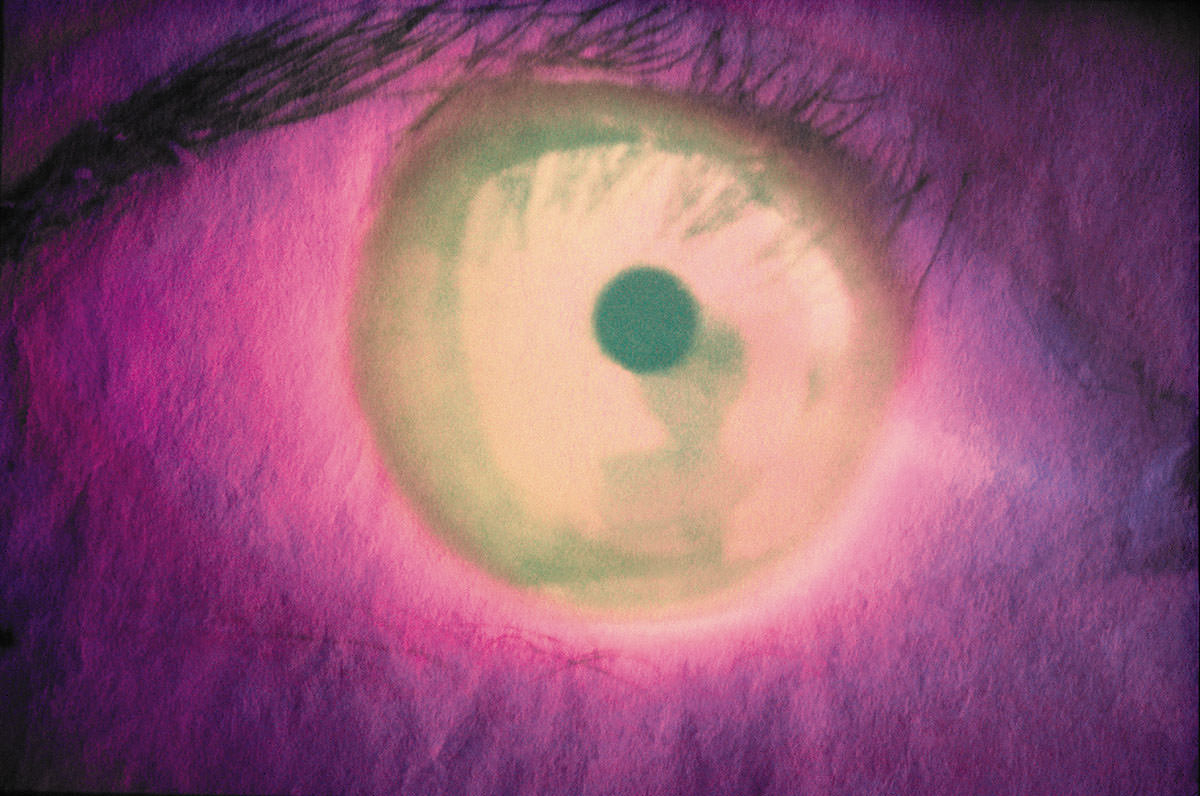 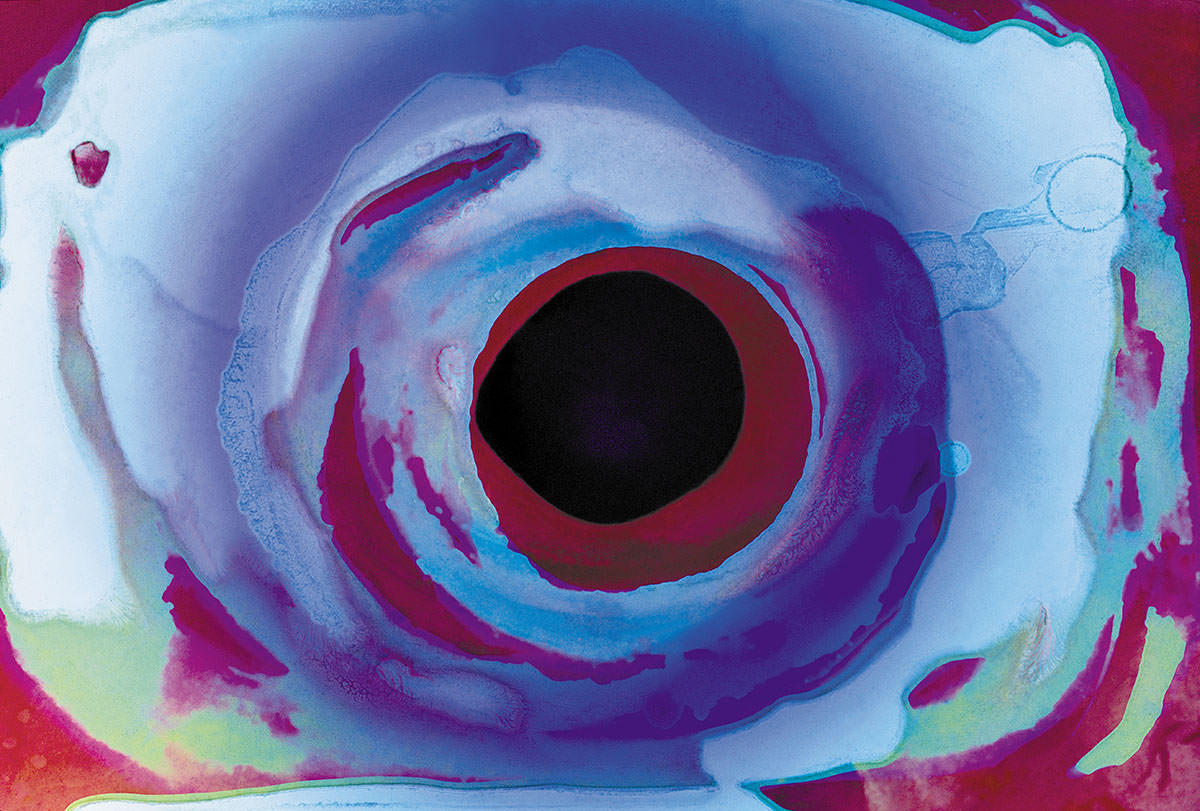 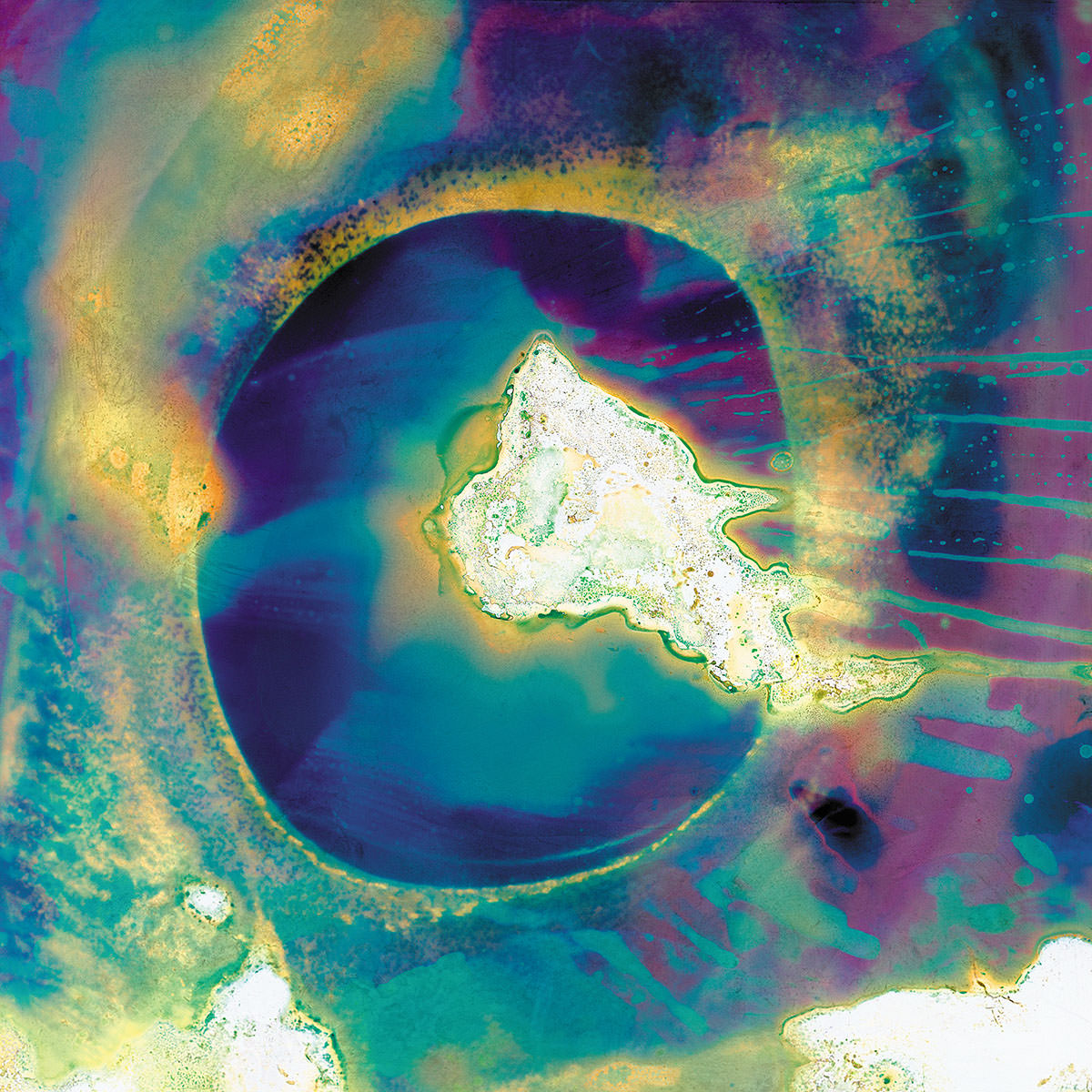